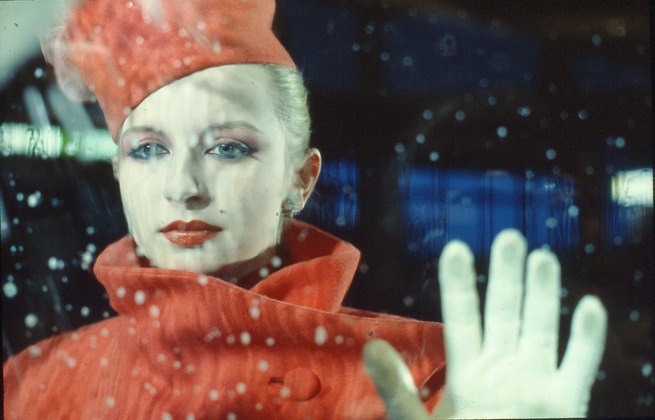 Artist and filmmaker Ulrike Ottinger’s 1979 feature length film Ticket of No Return sees the film’s lead reject her comfortable lifestyle, taking a one way ticket to Berlin’s Tegal Airport. Encountering a variety of unusual characters on her odyssey, Ottinger weaves an eccentric and highly stylised portrait of Berlin’s bars and nightlife in this unique film.

Ulrike Ottinger (born 1942 Konstanz, Germany) lives and works in Berlin. Ticket of No Return (1979), was followed by Freak Orlando (1981) and Dorian Gray In The Mirror Of The Yellow Press (1984) in her 'Berlin Trilogy'. Her most recent feature Under Snow was released in 2011. She has been the subject of numerous exhibitions focusing on her filmmaking and photographic work.

The screening coincides with the exhibition I love you Me either at Project Native Informant, London, 13 February - 29 March 2014.