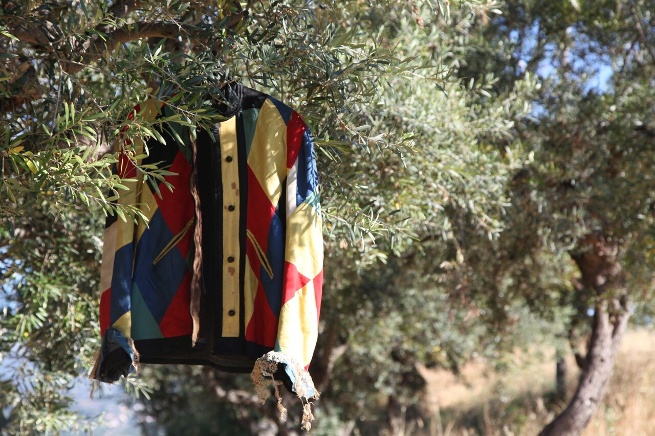 A Q&A with Corin Sworn follows the screening.

The Coat is a loose adaptation of Aristophanes’ The Birds which follows the intersections of five drifters as they set out for something better in the Italian south. A young Albanian man and his daughter search for a swimming coach who fled their homeland in the 1990s but are waylaid in an Arbëresh community settled by their countrymen 600 years earlier. Two theatre actors take on a commission to increase audiences in the rural south and traverse the landscape fashioning little theatres of belief, until a Canadian relation turns up. Naive about the Calabrian landscape that surrounds them, each character charts a cartography of their own desire.

Corin Sworn was born in London, England, and grew up in Toronto. She studied psychology and integrated media before earning her master’s at the Glasgow School of Art. Sworn has exhibited internationally, including at the Whitechapel Gallery, Tate Britain, the National Gallery of Canada, and the 2013 Venice Biennale and Sydney Biennial. Her film work has appeared at Rotterdam and the Centre Pompidou.

Tony Romano was born in Toronto and earned his B.F.A. from the Emily Carr Institute of Art and Design. His film installations have been exhibited internationally, with solo and group shows at MoMA, Night Gallery in Los Angeles, Articule in Montreal, Kulturhuset in Stockholm, and MOCCA and The Power Plant in Toronto.