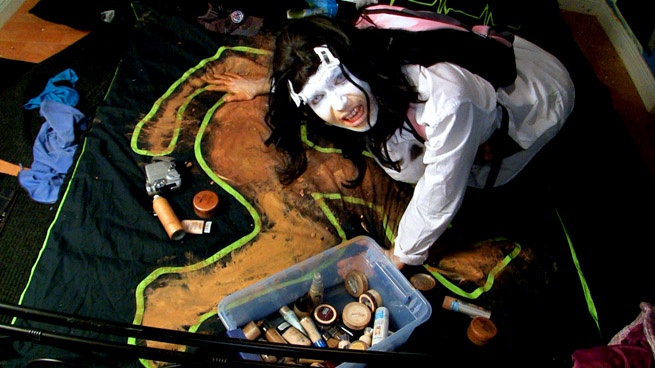 'The most consequential artist to have emerged since the 1980s'. Peter Schjeldahl, The New Yorker

L.A.-based artist Ryan Trecartin’s videos – known for their dense, surreal narratives and high-octane pacing – explore language and the fluid nature of identity while spotlighting the contradictions and nuances of American culture.

Originally releasing his videos on YouTube in the mid-2000s, his work is informed by a range of influences, from popular television and movies to social media and online communities and their effect on human interaction. Working closely with a group of collaborators for over a decade – chief among them his primary creative partner Lizzie Fitch – Trecartin’s movies engage the viewer on multiple levels and in multi-faceted forms.

This screening is presented in association with Zabludowicz Collection, London, who host the first UK solo show by Lizzie Fitch/ Ryan Trecartin, 2 October to 21 December 2014. The exhibition is an ambitious and completely new reconfiguration of Priority Innfield, a multi-screen installation, which continues Fitch and Trecartin’s remarkable exploration of the impact of technology on communication, language and the construction of identity.

Please note that all films are 18+