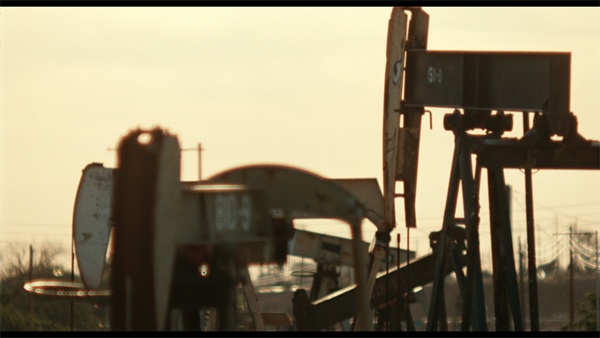 Berlin-based artist Rosa Barba's films and installations explore language and the conventions of cinema. Investigating the cinematic landscape of traditional cinema, she turns her lens to forgotten or little-seen spaces while deconstructing the function of language and narration. Often comprised in installations, Barba exposes the material of celluloid and the mechanisms of the projected image, often citing the 16mm or 35mm projector in the gallery, to reveal the paraphernalia of projection and the fragility of film as a medium.

This screening brings together a selection of significant works made over the last decade and will be followed by a Q&A with Rosa Barba lead by ICA Associate Curator of Artists' Film and Moving Image, Steven Cairns.

In 2013, Rosa Barba (b. 1972 Agrigento, Italy) had solo shows at Museo de Arte Contemporaneo de Castilla y León, Spain, Cornerhouse, Manchester, Turner Contemporary, Margate, and Time as Perspective, Bergen Kunsthall, Norway. She has participated in numerous group exhibitions including Making Worlds (2009), 53rd Venice Biennale and will exhibit in the forthcoming group show Film as Sculpture, at Wiels, Bruxelles. The solo show The Mute Veracity of Matter will take place at Giò Marconi, Milan, in summer 2013 and she will also undertake a residency at the Chinati Foundation, Marfa in late 2013.