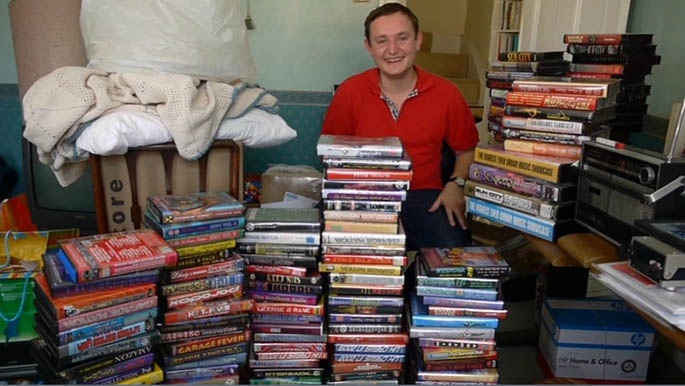 Rollo Jackson is a London-based filmmaker who grew up immersed in the city's dance music culture of the mid-90's. His films, whether for the likes of Hot Chip, Man Like Me, Nokia, or Warp Records bare the traits of someone whose formative years were spent clad in the brash hues of a Versace print shirt and the bright white of a fresh pair of Reeboks. Whatever his subject, the spirit of too many late nights spent doing homework to the crackling sounds of pirate radio, or of weekends spent in booming, sweaty warehouses on the outskirts of London is always threaded throughout. For Artists' Film Club, Rollo presents a documentary entitled Tape Crackers, an oral history of Jungle music and an affectionate, touching, and, at times, incredibly funny, tale of bedroom obsessiveness.

Introduction by Jeremy Gilbert (Reader in Cultural Studies, University of East London) followed by a Q&A with Derek Walmsley (The Wire) and Rollo Jackson.

There will also be DJs playing music in the bar inspired by Tape Crackers.