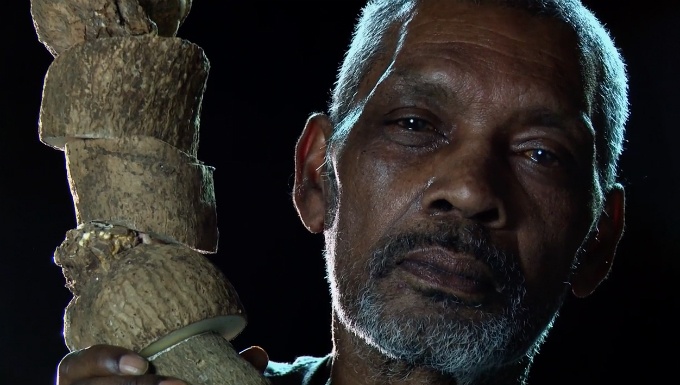 In this event artist and filmmaker Nacheal Catnott and filmmaker and London Community Video Archive programmer Ed Webb-Ingall explore the role and relevance of archives in a screening and discussion.

London Community Video Archive is a public resource, bringing together community, collective and activist made video from the 70s and 80s. Historically relevant, these videos often deal with social and political issues on a local or national level. Taking examples from the archive as a starting point for discussion their contemporary relevance will be explored for their significance as social and political documents, and the collaborative ways of working that enabled their production.
Catnott's recent film The Battle of Lewisham recounts the 1977 National Front march through Lewisham, and the resistance from the local community. Using archival footage and self-shot contemporary interventions Catnott's film reflects on this historical event 40 years on, raising the contemporary consciousness of these social and political contexts.
While Catnott's The Battle of Lewisham is an entirely independent work, the subject and events feature in a video produced by Albany Video in 1977, now held in the London Community Video Archive. Using this connection as a point of comparison discussion around new routes to political filmmaking through production and distribution will be contrasted with those of community video and VHS distribution of the 70s and 80s.

Nacheal Catnott is a British artist and filmmaker of Caribbean descent. Her practice addresses race migration and cross-cultural diversity in the UK, and is inspired by both historical and sociological facts as well as firsthand conversations and observations she has had whilst growing up and living in South London. Catnott graduated with a Masters Degree in Documentary Filmmaking from Goldsmiths, University of London, where she directed and edited The Battle of Lewisham (2017). The film has since been shown at multiple festivals and screenings, and features in the forthcoming British Urban Film Festival at The Bernie Grant Arts Centre.

Ed Webb-Ingall is a writer and filmmaker; he is a PhD candidate at Royal Holloway University, where his research focuses on the history and practice of community video in the UK. He currently runs the public programme for the London Community Video Archive, at Goldsmiths University. Between 2014 and 2016 he carried out a community video project at The Showroom, London and in 2016 he was commissioned by Studio Voltaire, London to develop a video that looked at the legacy of Section 28, which is touring the UK in 2018.
Part of: Artists’ Film Club