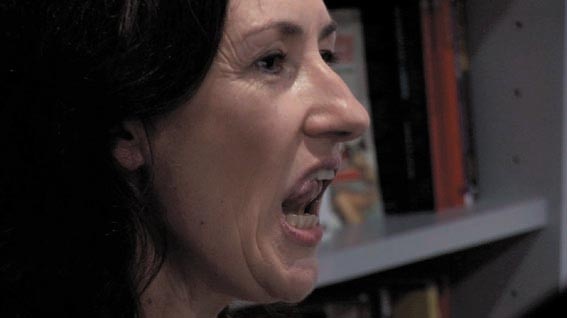 For October’s Artists’ Film Club, London-based artist Melanie Gilligan presents three episodes of a television-style video programme commissioned by the ICA. The videos were written and rehearsed at the ICA this year, as part of Gilligan’s residency during May’s Talk Show season, and were subsequently completed in a later week of shooting.

Gilligan’s work is grounded in writing, and often involves the delivery of scripts by actors both live and on video. In SELF-CAPITAL: ICA, (2009) contemporary capitalism is represented as a person undergoing therapy. After the traumas that recently shook the global economic system, capital’s deep-seated problems are worked through in order to rehabilitate it to its previous and more ‘functional’ state. Under hypnosis the patient is submitted to a series of body-focused exercises, circumventing the patient’s conscious mind. The therapist prefers to speak to the body: her watchword is “don’t tell me, show me”.

Melanie Gilligan will be screening the work and then speaking about it.