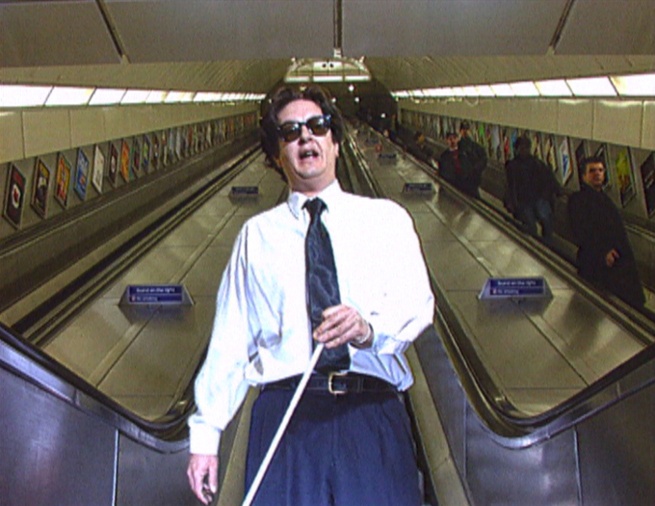 Moving Image has formed a significant aspect of Mark Wallinger’s practice throughout his career. This screening draws together single screen works made between 1993 and 2011. It includes a conversation with the artist and Clarrie Wallis, curator of Modern and Contemporary British Art at Tate.

Mark Wallinger is one of the UK’s leading contemporary artists. Having previously been nominated for the Turner Prize in 1995, he won in 2007 for his installation State Britain. Ecce Homo (1999-2000) was the first work to occupy the empty plinth in Trafalgar Square, and was later shown at the Venice Biennale in 2001 where Wallinger was Britain's representative. Most recently, Labyrinth (2013), a major and permanent commission for Art on the Underground, was created to celebrate 150 years of the London Underground. Wallinger has held solo exhibitions at the Serpentine Gallery in London, Tate Liverpool, Vienna Secession, Museum for Gegenwartskunst in Basel, Palais Des Beaux Arts in Brussels, Museum de Pont in the Netherlands and Museo de Arte Carillo Gill in Mexico City. His latest solo exhibition, SITE, took place in 2012 at Baltic, Gateshead. His work is displayed in the collections of many leading international museums including Tate, MoMA New York, and Centre Pompidou Paris.

Clarrie Wallis is a Tate Curator. A leading expert on contemporary art, she has curated many exhibitions for Tate including Patrick Caulfield (2013), Barry Flanagan: Early Works 1965 - 1972 (2011), Richard Long (2009) and Mark Wallinger 'State Britain' (2007).  She is the curator of the Mona Hatoum exhibition at Tate Modern which opens in May 2016. Clarrie has also published extensively on art, including a monograph on Patrick Caulfield and a Richard Long Reader (forthcoming).