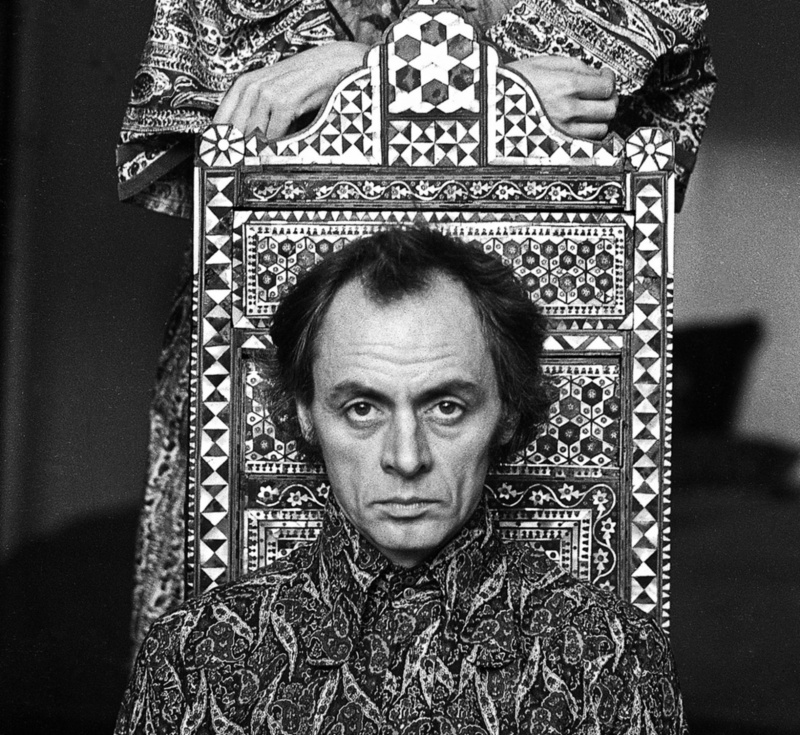 The ICA are proud to present the London premier of All Divided Selves (2011), a film by Luke Fowler. Following his celebrated works What You See Is Where You're At (2001) and Bogman Palmjaguar (2007), this is the third of Fowler's works to take up the legacy of radical psychiatrist R.D. Laing. Following the screening Luke Fowler will be in conversation with Adrian Laing, biographer and son of R.D. Laing.

The social and cultural revolutions of the 1960s were spearheaded by the charismatic, guru like figure of Glasgow born Psychiatrist R.D. Laing. In his now-classic text 'The Politics of Experience' (1967), Laing argued that normality entailed adjusting ourselves to the mystification of an alienating and depersonalising world. Thus, those society labels as 'mentally ill' are in fact 'hyper-sane' travellers, conducting an inner voyage through aeonic time. The film concentrates on archival representations of Laing and his colleagues as they struggled to acknowledge the importance of considering social environment and disturbed interaction in institutions as significant factors in the aetiology of human distress and suffering. All Divided Selves reprises the vacillating responses to these radical views and the less forgiving responses to Laing’s latter career shift from well recognised psychiatrist to celebrity poet. A dense, engaging and lyrical collage — Fowler weaves archival material with his own filmic observations — marrying a dynamic soundtrack of field recordings with recorded music by Éric La Casa, Jean-Luc Guionnet and Alasdair Roberts.

Luke Fowler’s recent solo exhibitions include Inverleith House, Edinburgh, ‘All Divided Selves’, CCS Bard Galleries, Center for Curatorial Studies, Bard College, Annandale-on-Hudson, New York; ‘Ridges on the Horizontal Plane’, Galerie Gisela Capitain, Cologne (2011); Serpentine Gallery, London; ‘A Grammar For Listening’, The Modern Institute, Glasgow; and ‘Warriors’, X Initiative, New York (all 2009). Forthcoming solo exhibitions ‘The Poor Stockinger’ at The Hepworth, Wakefield (made in association with Contemporary Art Society, Film and Video Umbrella and Wolverhampton Art Gallery). He participated in ‘Cornelius Cardew and the Freedom of Listening’, CAC Bretigny; ‘British Art Show 7: In The Days Of The Comet’, Nottingham Contemporary, Nottingham and The Hayward Gallery, London; ‘Radical Nature’, Barbican Art Gallery, London; ‘The Associates’, DCA, Dundee; ‘What You See is Where You’re At’, The Scottish National Gallery of Modern Art, Edinburgh; and ‘Younger than Jesus’, New Museum, New York (all 2009). In 2008 he received the inaugural Derek Jarman Award. Born in Glasgow in 1978, he continues to live and work in the city.

All Divided Selves was developed during a residency at CCS Bard, Annandale-on-Hudson, and produced with support from The Modern Institute/Toby Webster Ltd, Glasgow and Gallery Gisela Capitain, Köln. Distributed by LUX, London.

Luke Fowler will be the first of a series of artists residencies at the ICA where creative practitioners are invited to engage with the ICA's illustrious history.