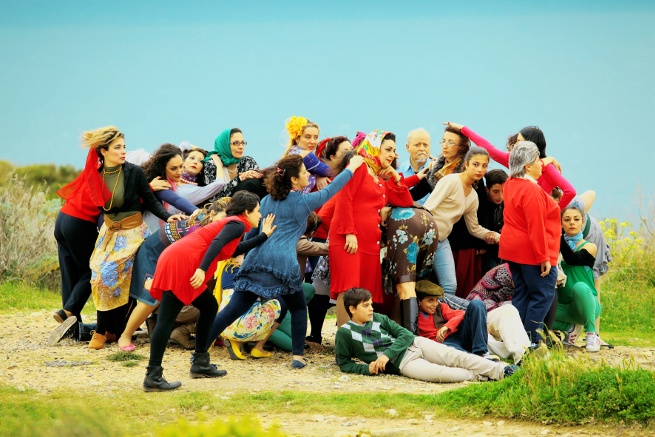 This screening features new and recent work by artists Lucy Beech and Marinella Senatore. Profiling both practices, the screening is followed by a discussion with the artists exploring the variances and similarities in approaches to their work. Working with the body, performance is a central reference point to both artists and is explored to different effect on and off screen.

Lucy Beech (Born 1985, lives and works in London). Beech’s work explores our social and political relationship to one other, often exploring female group dynamics and structures of public intimacy. Her video works examine the politics of care, the mechanics of empathy and hierarchies of vulnerability. Her work is featured in the Liverpool Biennial 2016; and was the subject of the solo shows Results that Move You, James Fuentes, New York (2015); Me and Mine, Tetley Leeds (2015); Me and Mine, The Harris Museum and Art Gallery, Preston (2015). She participated in the group shows The Boys the Girls and the Political, Lisson Gallery, London, alongside her collaborator Edward Thomasson. They also recently presented performance works at Maureen Paley, London (2016); Site Gallery Sheffield (2016) and Frieze Live London (2015).