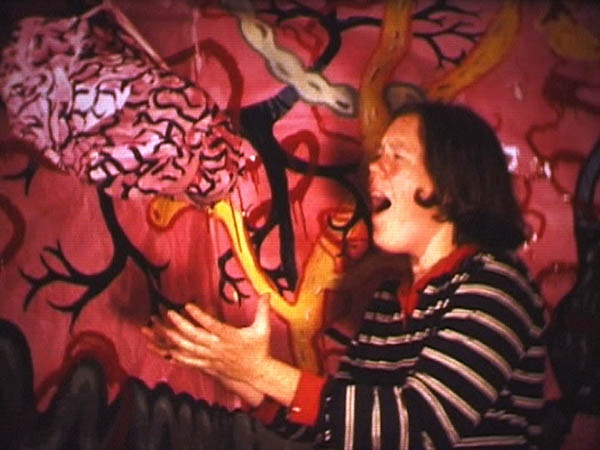 For November’s Artists’ Film Club, the Belgian artist Lucile Desamory presents a selection of her films from the past ten years – works in which music, image and text collide.

Desamory’s films feature fantastic and incongruous scenarios, and the artist describes the characters they contain as “out of touch with reality” and “projected into a universe that is whimsical, unreal, light-hearted and funny”. Her work is deliberately naïve and intuitive, and weaves mythical narratives that are highly personalised, yet absurdly compelling.

The artist often works with music and musicians, and this month’s Artist’s Film Club is presented as part of Calling Out Of Context , the ICA’s season of experimental music and sound.

After the screening Lucile Desamory will be in conversation with Bruce Haines (Ancient & Modern, London).