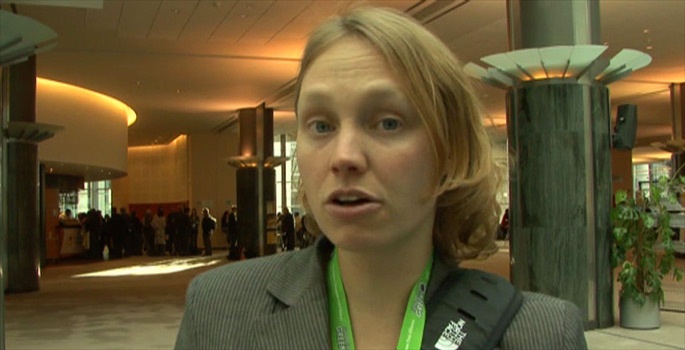 Castro and Ólafsson’s practice often involves deep research into the social and political context wherein their work has to be exhibited, using a variety of media. The artists have been collaborating since 1997, when they met in The Netherlands, catching soon national and international attention. In 2009 they received the third prize of the prestigious Dutch art award Prix de Rome for their video Lobbyists (2009). They have been invited to represent the Icelandic pavilion in Venice in 2011.

In Lobbyists, Castro and Ólafsson present lobbyists performing under working conditions, exploring the maelstrom surrounding their activity in Brussels and Strasbourg. In preparation for their work, the artists studied historical and contemporary sources constructing the figure of the lobbyist, interviewed and filmed a variety of people associated with lobbyist associations and civilian ‘watchdog’ groups, and dug into registration and music videos. They commissioned British reporter Tamasin Cave to write an article about the current situation and worked with British actress Caroline Dalton and the Icelandic reggae group Hjálmar to perform this text as a new song and the soundtrack to their video. The video touches on different genres, juxtaposing imagery with a newspaper article vocalised to dub music, and throughout the work humor is used as a binding agent.