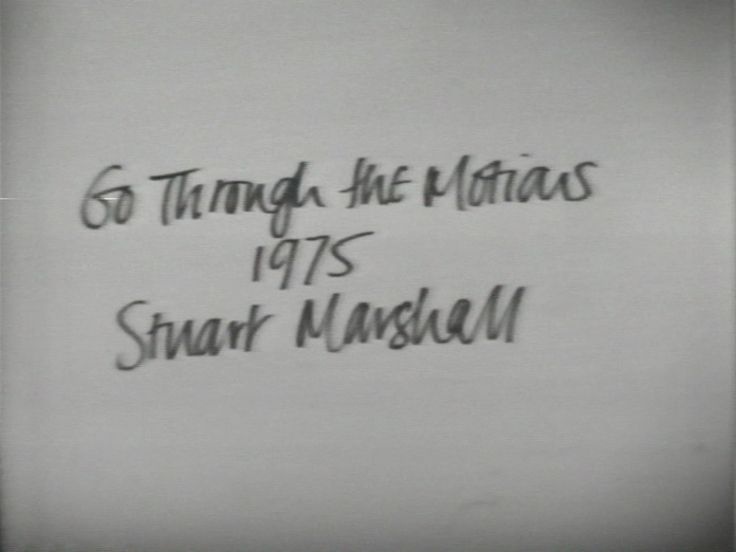 This live research event conceived by artist Conal McStravick and artist and activist Ryan Conrad intervenes in Stuart Marshall's catalogue essay from the ICA Video Library Guide, Marshall's curated programmes of artist's video for his 1991 ICA retrospective, and parallel activity in the UK-Canada Video Exchange Programme that drew attention to gender, sex and sexuality in moving image practice in the context of the AIDS crisis. A screening, reading and performance event revisits this material with clips and highlighted material from the original programmes and new material from the interim period that expands on a renewed focus on intersectional LGBTQI content, as well as interpersonal and autobiographical narratives regarding the notion of libraries and archives.

Learning in a Public Medium is a series of live research events derived from the video, sound and writings of artist, activist, arts organiser, educator and writer Stuart Marshall (1949-1991).

Conal McStravick (b.1979, Lurgan, Northern Ireland) makes solo and collaborative works to explore the histories, social practices, and economies of art and queer politics. In 2013, McStravick began researching Marshall and has since developed a series of active research events titled Learning in a Public Medium. This series explores Marshall's works, legacies and contemporary resonances as artist, activist, writer and educator through workshops, screenings and presentations.

He has also contributed chapters to several anthologies including The Gay Agenda (2014), Queering Anarchism (2013) and After Homosexual (co-authored with Yasmin Nair and Karma Chávez, 2013). His written work has appeared in scholarly and activist publications including American Quarterly, e-flux, Aparté, QED: A Journal of LGBTQ Worldmaking, Socialism & Democracy, We Who Feel Differently, UltraViolet, In These Times and Fifth Estate. His work as a visual and performing artist has exhibited internationally in Europe, Asia and North America.