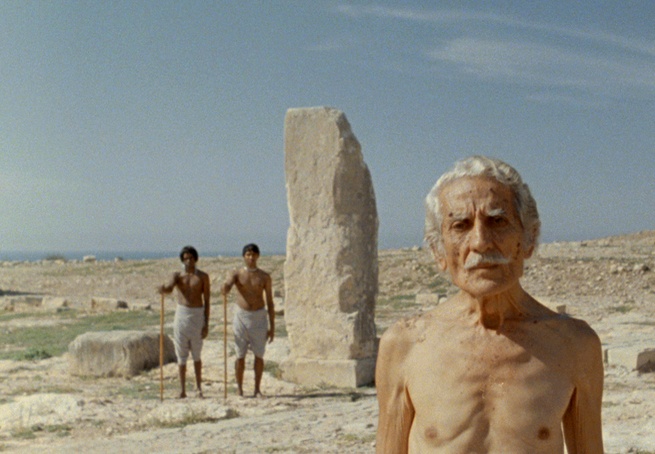 Berlin-based artist Haris Epaminonda investigates anthropological forms in her film and paper-based work, often recontextualising existing material. For this screening she presents a new composition of her films alongside a recent work edited for this event. Epaminonda’s films will be accompanied by a live score performed by musicians Kelly Jayne Jones and Pascal Nichols.

Kelly Jayne Jones and Pascal Nichols employ flute, percussion and electronics alongside a vast cache of sonic artifacts that they have collected over the years (field recordings, found objects, old media), they conjure up a bold and evocative ancient/modern sound spectrum. Their compositions/performances traverse epic contours, veering from moments of spare, poetic beauty to unhinged rural psychedelia, unified by an acute awareness of time, space and silence.

They are currently working on a multi-speaker installation which will tour four venues across the UK.