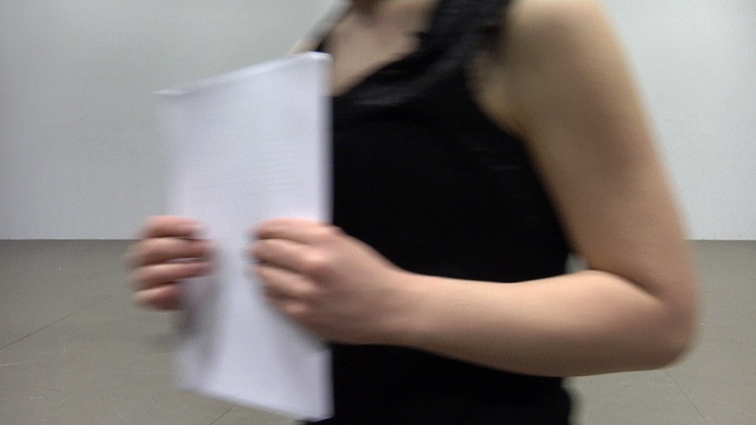 June's Artists' Film Club features a special presentation of a work by artist Grace Schwindt titled Chapter 01 - the individual account. Through the production of videos, installations and textual works, Schwindt investigates contemporary, personal negotiations of German history. For the ICA she has created a piece that specifically deals with the character and restrictions of the cinema auditorium, involving performance and projected image.

Stemming from an earlier series of works titled Counterpoint, the piece revolves around a series of interviews conducted by the artist with eleven Germans living in New York. Re-enacting these interviews with the help of actors, a relationship is built between physical discomfort and awkwardness, and the representation of social and political constructs.