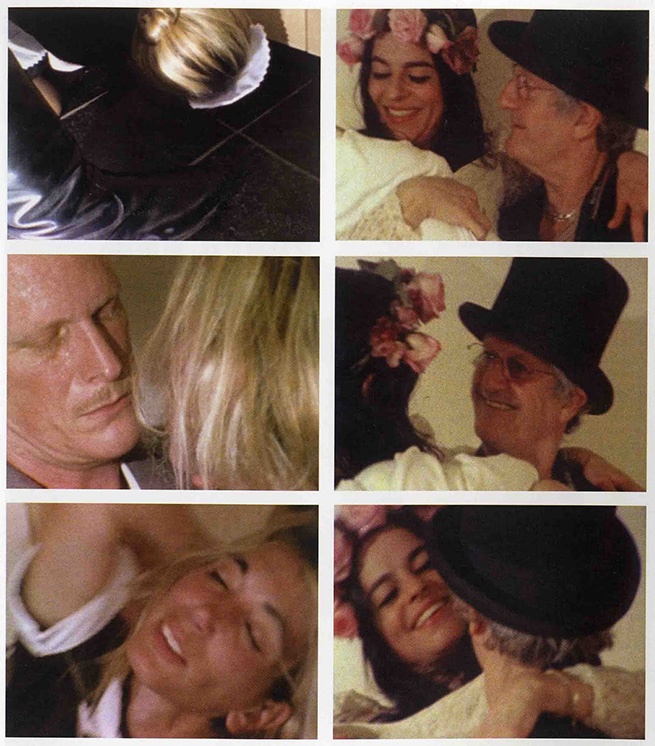 Filming for Pinochet Porn (2008-16) began in 2008, and the project became the late Ellen Cantor’s focus for the subsequent five years. Following her death in 2013, her collaborators completed post-production, according to her instructions. The film is shot on Super-8, with overdubbed sound, and takes the form of a soap opera-like narrative, at once tragic and comedic, chronicling the intertwined lives of five children and their subsequent maturation into adulthood. The story reveals itself as a microcosm of the surrounding political discord, cycles of destruction and mounting violence, obliquely revolving around the Pinochet regime in Chile. These structures of annihilation permeate childhood fantasies, which the characters later create in their lives as adults, pointing to the film’s central question: is tragedy a choice?

The cast and crew, and by extension the film itself, have become a document of an extended moment in New York and London avant-garde art and culture. It represents various forms of creative production and a group of artists, curators, writers, filmmakers, underground culture makers, musicians and their children. Pinochet Porn is Cantor’s most ambitious and complex work, reaching into every aspect of her practice while forging uncharted territories of the experimental narrative film. The precision with which Cantor employs radical choices of actors, editing, stylistic references, sexuality and found footage within an epic linear narrative structure amounts to a composition that defies genre.

This film contains adult themes not suitable for those under 18