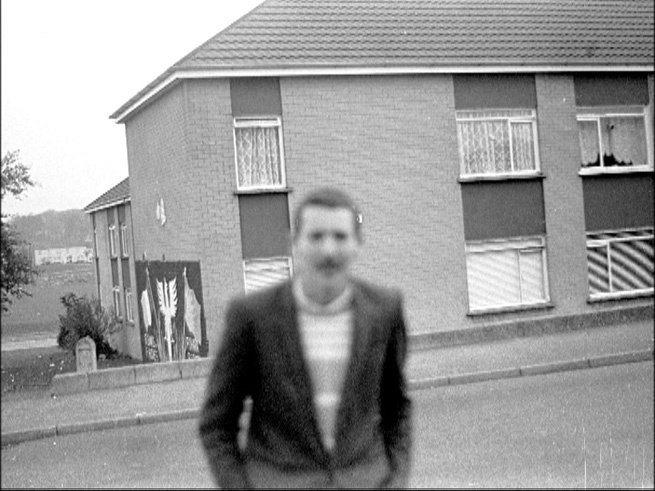 Turner Prize nominee Duncan Campbell’s early work Falls Burns Malone Fiddles (2004) is the subject of this Artists' Film Club, and is presented alongside the short abstract work o Joan, no (2006).

Campbell takes the Belfast Community Photographic Archives as his main source for this documentary-like work that explores the gaps between fact and fiction. Several of his recent works, including Bernadette (2008) and Make It New John (2009) build profiles of individuals who were socially or politically engaged with the Northern Irish politics of the late 20th Century, while his recent film It for Others (2013), which takes its influence from a film by filmmaker Chris Marker and Alain Resnais, reveals Campbell’s interest in film as a socially and anthropologically loaded device.