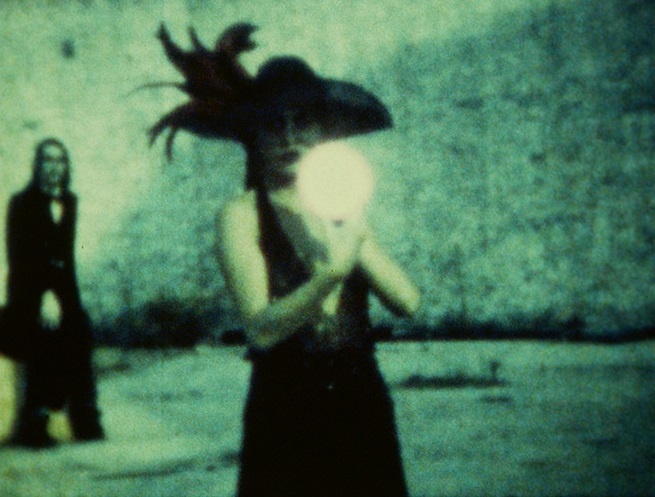 Jarman’s ninety-two Super 8s were bequeathed to producer and collaborator James Mackay, who, with the support of the LUMA Foundation, has painstakingly archived and restored the collection. A selection of these newly restored works will be screened at this event and will be followed by a discussion between James Mackay and ICA Executive Director Gregor Muir. This screening marks the publication of Derek Jarman Super 8, published by Thames and Hudson, which documents Jarman’s Super 8s alongside a number of specially commissioned texts on his work.

One of the most influential filmmakers of the late 20th century, Derek Jarman directed cult feature films such as Jubilee (1977) and Caravaggio (1986), as well as music videos for The Smiths, the Pet Shop Boys and Marianne Faithfull. He also trained in fine art and a painterly mentality permeates all his work, particularly his experimental Super 8 films. The Super 8s show Jarman at his most visually courageous and creative, using prisms, filters and superimposition to produce rich colour and artistically bold compositions.

James Mackay is custodian of Jarman’s Super 8s and the leading expert on Jarman’s filmography. He produced the following Jarman films: In the Shadow of the Sun, Sloane Square: A Room of One’s Own, T.G.: Psychic Rally in Heaven, Pirate Tape, The Angelic Conversation, Caravaggio, Aria, L’ispirazione, The Last of England, The Garden, Blue and Glitterbug.