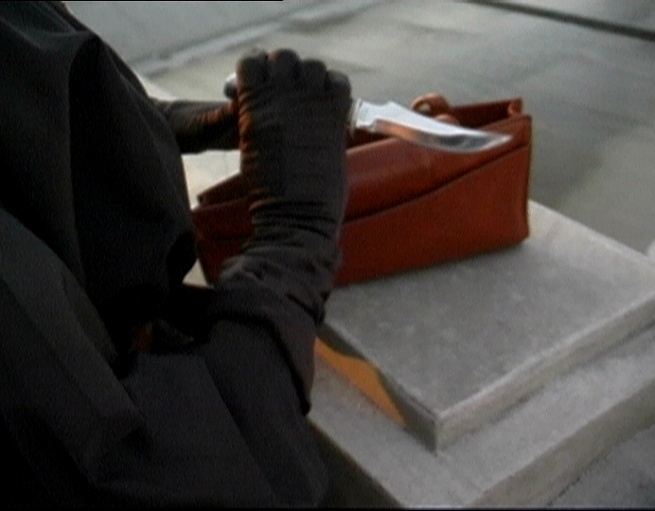 The third screening of work by David Lamelas.

A man and a woman stalk each other through a house in a highly staged sequence, in which the air of suspense and use of shadows and black and white is reminiscent of a film noir thriller. The woman (Hildegarde Duane) shots the man (David Lamelas) and he falls to his death from the roof of the building.

A film noir filmed in various episodes in Buenos Aires, Hollywood, Berlin, Paris and London, in which Lamelas revisits his concerns with the building blocks of narrative and Borgesian themes of eternal recurrence. In the film, the characters use the screen as directional axes. A woman returns from the past to relive a love story that did not prosper. The character travels from city to city with the same memory.

The programme runs for 97 minutes.