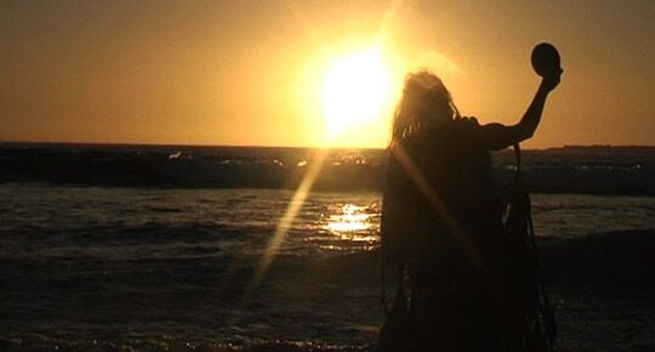 A documentary about Christoph Schlingensief's last, unfinished film – commented on by himself. Ten years after his last film, Christoph Schlingenisef wants to give it one more shot: the location for The African Twin Towers is Lüderitz, Namibia, the German South-West African colony. The script is about Richard Wagner, about 9/11, about Hagen von Tronje, about Hereros alive and dead, about ghosts of the past and the present. It is abandoned on day two.

What follows are 25 days showing Christoph Schlingensief at his artistic and image-generating best, gushing with ideas and concepts, attempting to find the right form of filmic expression after a decade in theatre, performance arts and visual arts. This film documents the full shooting period and is interspersed with actual footage of the never completed film, much of it shot by Christoph Schlingensief himself. Christoph Schlingensief's voice over, recorded in Berlin three years later when he had already been diagnosed with cancer, tries to assimilate what really happened on those eventful 27 days that ultimately redefined his artistic vision.

Co-presented by ICA and Frieze Projects in association with Schlingensief’s Frieze London project.

Aino Laberenz (b. 1981, Finland /Germany) lives and works in Berlin. After studies in Art History, she worked as a photographer and costume designer for short films and at several theatres: Schauspielhaus Zürich, Volksbühne Berlin, Wiener Burgtheater in Vienna and Opera of Manaus in Brazil. Her collaborators have included writer René Pollesch and director Schorsch Kamerun. In 2005 she was nominated best young costume director by magazine Theater Heute (Theatre Today).

Laberenz worked for many years with Schlingensief, who she married in 2009, and in 2010 took over the management of Festspielhaus Afrika GmbH, continuing Schlingensief ’s Operndorf Afrika, established in 2009. She designed the German Pavilion, together with Susanne Gaensheimer, at the 54th Venice Biennale, which was honoured with a Golden Lion. Laberenz was co-curator of the exhibition Christoph Schlingensief at KW Institute for Contemporary Art, Berlin (2013), which travelled to MoMA PS1, New York (2014). She is the editor of Christoph Schlingensief ’s collected autobiographical sketches Ich weiß ich war’s! (I know it was me!), published in 2012 by Kiepenheuer & Witsch.