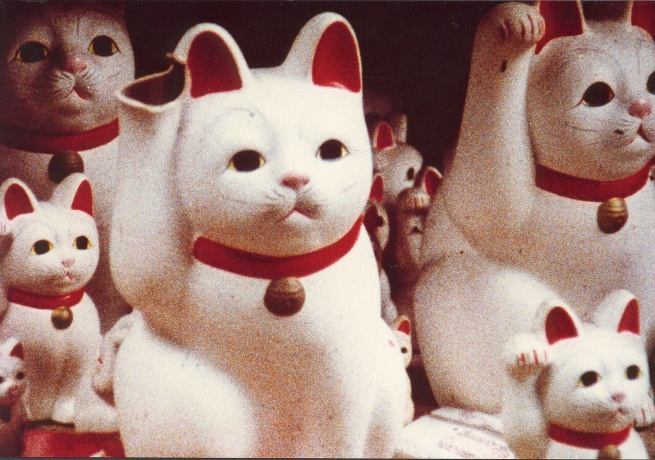 Sans Soleil is a mind-bending free-form travelogue that charts late filmmaker Chris Marker's journey from Africa to Japan. A pioneer of the essay-film, Marker blends documentary and science fiction in this complex meditation on time, memory, and the rapid advancement of life on this planet. This is narrated in a monologue that recites a letter from the unnamed cameraman as he reports back from his journey.

Originally selected for Another Version of Events, the official film programme for Liverpool Biennial 2016, 9 July – 16 October.