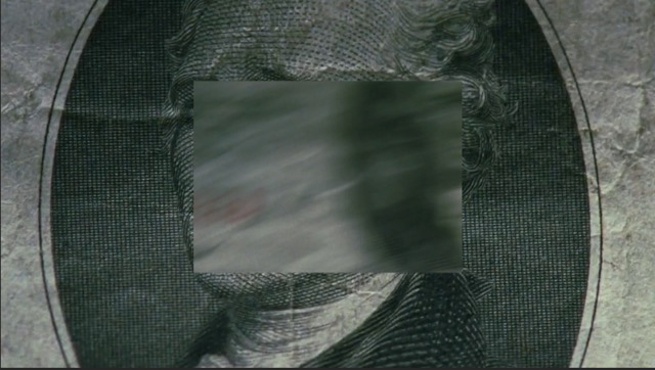 Plagiarism is necessary, progress implies it. But is all looting progressive, are all copies an improvement on their originals? What if the future came to depend on the looting of the professional looters ‒ of the class that multiplies financial and cultural claims to capital ‒ by those with ever less to lose? Artist and writer Benedict Seymour screens his new feature-length work-in-progress, La re- (2015), which explores these questions by repeating and reworking the plot of French filmmaker Chris Marker’s La jetée (1962).

Often reproduced, but never equalled, Marker's exquisite 'ciné-roman' of still images is transposed into the moving stasis of animated gifs in La re-. Looting and looping brief clips from derivative works made possible by La jetée (from 12 Monkeys to Blade Runner to The Edge of Tomorrow), the plot of the original is at once repeated and reflated till it bursts. The result is a new kind of 'intellectual montage' inspired as much by the Ponzi fraudster Bernard Madoff's forged trading receipts as Eisenstein's notes for a film version of Marx's Capital. This recursive-convulsive, structure-busting loop evolves into a meditation on revolutionary possibility in a system of growing self-cannibalisation and economic polarisation.

Beginning in a future London ravaged by global war, the film time-travels back to the suspension of dollar-gold convertibility in 1971 and forward to the police infiltration of activist groups in the 1990s, ending with the UK riots of August 2011. La re- tracks parallels between cultural and financial involution to propose new trajectories for the ripped, burned and wretched of the screen.

Benedict Seymour is a filmmaker, writer, and musician. His work includes film essays on gentrification and culture (The London Particular, 2004), scripts for artists' films such as Matthew Noel-Tod's Bang! (2012), articles on social reproduction and art (Blurred Boundaries, Mute, 2008) and soundtracks, including Melanie Gilligan's The Common Sense (2015) and Crisis in the Credit System (2008). Musical projects include albums with Petit Mal (2008) and Antifamily (2006), and his next project is a film-opera based on Thomas Mann’s Doctor Faustus. Seymour is a Lecturer in Fine Art at Goldsmiths and a long-time member of the editorial collective of Mute Magazine. He lives and works in London.