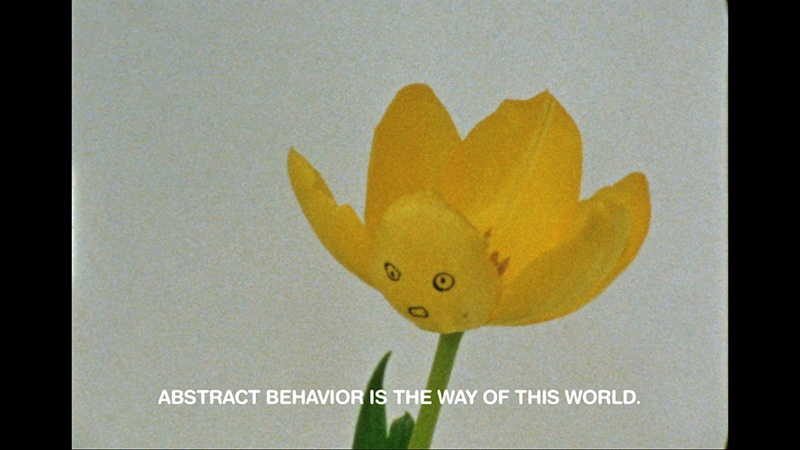 The recent work of Egyptian artist Basim Magdy, recipient of the Deutsche Bank Artist of the Year award in 2016 is the subject of this screening featuring his 2014 film trilogy: The Everyday Ritual of Solitude Hatching Monkeys, The Many Colours of the Sky Radiate Forgetfulness and The Dent, alongside earlier short works.

Magdy’s work reflects upon how we deal with the present social and economic climate in a pragmatic and humanistic way, mixing sumptuous imagery with ambient and melancholic soundscapes. He provides an innovative narration of his own personal experiences and frank observations while evaluating the political histories of his nation. Magdy uses 16mm film to capture contemporary imagery, experimenting with domestic household chemicals to distort, layer and paint onto celluloid film, exposing the material and temporal nature of the places he documents. His works probe at our collective notion of progress, aspiration and utopia located within contemporary society while invoking a sense of time that appears fluid. These kaleidoscopic assemblages seem to sit easily between the past, present and future, pinpointing a collective emotionally driven narrative we all recognise.

Basim Magdy (b. 1977, Assiut, Egypt) is a multidisciplinary artist and filmmaker living in Basel and Cairo. His varied artistic practice incompasses film, photography, installation, slide projection and works of paper. Among numerous awards Magdy was the recipient of the Abraaj Group Art Prize in 2014 and the Deutsche Bank’s Artist of the Year award in 2016, resulting in his first institutional solo exhibition at the KunstHalle Deutsche Bank, Berlin with further upcoming in 2016 at the CAPC Musée d'art contemporain de Bordeaux, the MAXXI National Museum of 21st Century Arts, Rome and the Museum of Contemporary Art, Chicago curated by Omar Kholeif. Magdy’s recent international group exhibitions include the Third New Museum Triennial, New York (2015), Museum of Modern Art, Warsaw (2015), Biennale de Montreal (2014) and Seoul Mediacity Biennial (2014). Magdy received his bachelor degree in Fine Arts at Helwan University and is represented by Gypsum Gallery in Cairo.