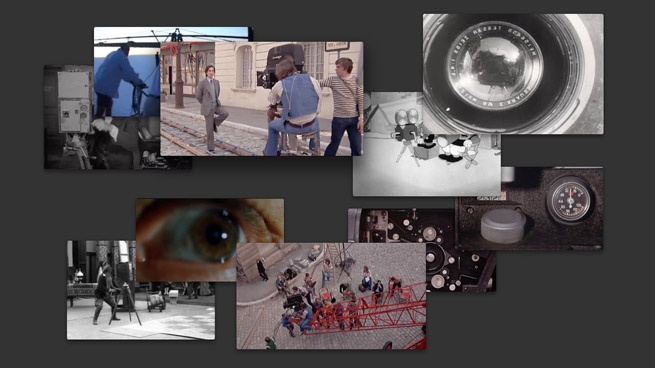 Sam Smith has been selected by online video platform Vdrome to perform Notes on the Apparatus, a live video essay that takes the form of a stream of collaged audio-visual clips. It uses prepared film, video and image material to draw together reference points on cinematic language key to Smith's practice. The screening is followed by a Q&A with artist and Vdrome curator Filipa Ramos.

Vdrome is an online platform that offers regular, high quality screenings of films and videos directed by visual artists and filmmakers, whose production lies in-between contemporary art and cinema. Each screening is presented during a limited period, as in a movie theatre. Vdrome makes available a program of exceptional artists’ films and videos that are selected due to their importance, quality and innovative strength, many of which are only shown in the context of film festivals, exhibitions or specific surveys, being therefore of very limited access. Vdrome is an initiative conceived and promoted by Mousse with curators Edoardo Bonaspetti, Jens Hoffmann, Andrea Lissoni and Filipa Ramos.