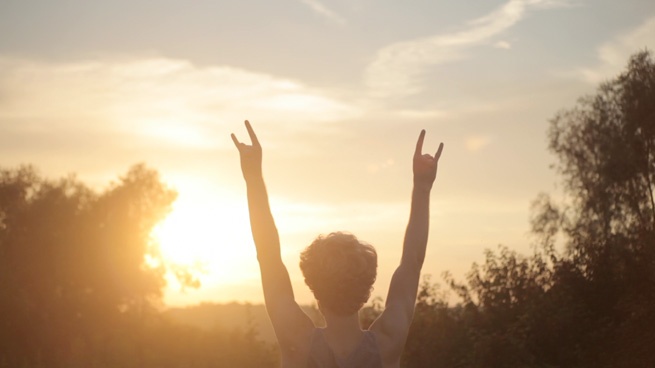 The Day After Everyday is born from the extensive research carried out by curators Sebastian Cichocki and Łukasz Ronduda on the Polish art scene in 2013, which lead to the exhibition As You Can See at the Warsaw Museum of Modern Art. Cichocki’s programme The Day After Everyday explores the concept of a banal and mundane apocalypse ‒ an army of emancipated office machines, stray dogs, mutated plants and devils marching towards us.

Festin by Wojciech Doroszuk, refers to bestiaries and allegoric representations of animals such as those by the Flemish Animalists. This vanity piece shows a world without people and the hierarchies they impose. Festin is a tasteful trailer of the end of the world.

Karolina Breguła’s Offence is inspired by Polish writer Witold Gombrowicz’s 1937 novel Ferdydurke and his obsessions with the absurd, grotesque and awkward. The film follows groups of characters in a provincial Hungarian town, a place obsessed with tradition that is afraid of the unknown. Breguła says that her work shows 'the paradoxically liberating effects of censorship, capable of attuning society to its needs and desires'.

Magic Hour by Wojciech Puś is a love story, disguised as a set of moving postcards from an apocalyptic world reclaimed by nature and inhabited by the last surviving humans. Puś focuses on the so-called magic hour ‒ a myth in the world of cinematographers. It is a term that refers to the brief periods around sunrise and sunset, when extraordinary daylight makes certain cinematographic effects possible.

Anna Molska's Hecatomb is a vision conjured up by the characters performing in her earlier work Mourners ‒ a female folk group from the south-east of Poland who share songs and stories about death and mourning, as well as encounters with Satan. The diabolical figure appears in Hecatomb as a young man wearing a flesh-coloured vest and Bermuda shorts, holding a leather whip. Anna Molska explains: 'I decide to show 'my evil' not by using the phantasm of the devil or an image of death as a Grim Reaper, but creating the atmosphere of 'acedia', which is 'an illness of the soul'. In imagining evil, kitsch proved indispensable'.

Composer and sound artist Anna Zaradny’s Punctus Contra Punctum refers to a medieval and renaissance musical composition technique known as counterpoint ‒ a similar technique to that of composing polyphonic melodies. In the film, the analogue image acts as the cantus firmus (fixed song), with sound as the counterpoint, written by a human obediently following the score randomly generated by the machine.

Sebastian Cichocki (b. 1975) curator and writer, is deputy director at the Museum of Modern Art in Warsaw. Curator of numerous exhibitions, including Monika Sosnowska’s exhibition in the Polish Pavilion in the 52nd Venice Biennale and Yael Bartana in the 54th Venice Biennale, The Sculpture Park in Bródno (2009–ongoing), Early Years (2010), New National Art (2012), and As You Can See (2014). Author of exhibitions in the form of books e.g., A Cookbook for Political Imagination (2011), and The Future of Art Criticism as Pure Fiction (2011), Spoken Exhibitions (2011), The Earth Works! (2013) and Mirage (2013).