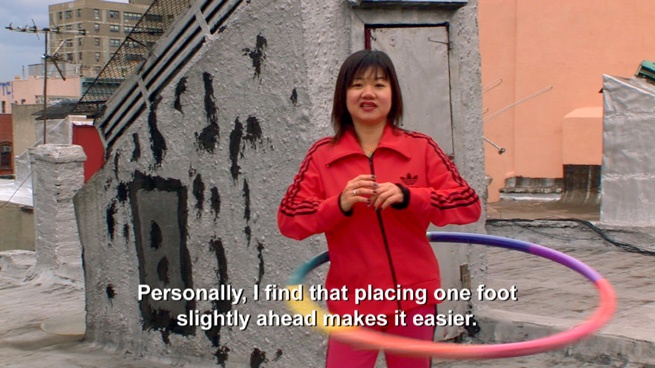 This second programme, Learning the Absurd, draws together a diverse selection of works that connect childhood with adult pursuits and vice versa. The humorous The Matrix Effect, 2000, features a cast of children, each playing the role of an artist from the late 20th Century. In contrast, Rooftop, 2007 features an adult cast who give advice on the most effective approaches to hula hooping.