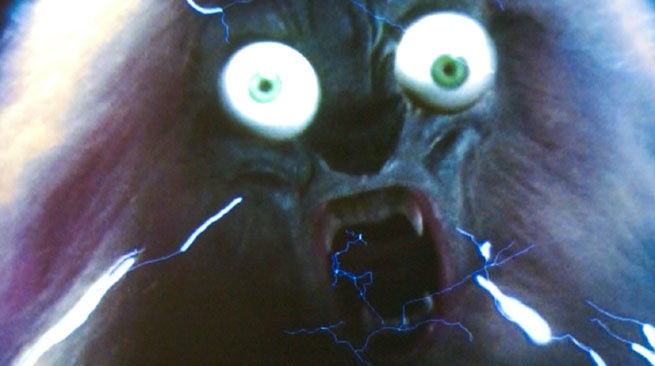 The first programme, Reframed, draws on the absurdity that often arises when contexts are juxtaposed or realigned. Puppet Conference, 2003, sees a line-up of familiar puppets, synonymous with childhood pursuits, engaged in a very different dialogue. Lycan Theorized, 2009, takes a cinematic tone to explore Lacanian theory through the lens of the horror genre.