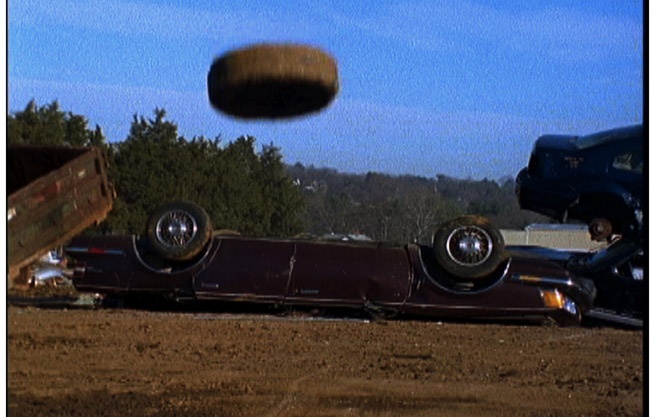 Selected from the Artists’ Film Biennial Curatorial Open Call, Avant-Noir surveys the work of contemporary film and video artists who are engaged with Africa and the African Diaspora. The screening is followed by a Q&A with curator Greg de Cuir Jr.

It is rare that we see Black bodies on screens at moving image festivals and exhibitions, even more rare when those images are created by Black artists themselves. The programme takes this state of affairs into account and offers unique visions of the international Black experience while celebrating the presence of artists who are often excluded from elite institutions and the dominant discourses on the medium. However, these politics of representation remain implicit in the body of the program - the explicit content offers a virtuous use of picture and sound in a variety of techniques that render a provocative impression of living while black at the dawn of the 21st century.

The artists presented in Avant-Noir include a mixture of young and seasoned professionals, both of African and non-African descent. The works in this program employ archival footage to investigate the racial implications of the gaze and spectatorship, merge the abstract and the artisanal in documenting work and workers, depict relationships with the delicacy and unpredictability of dreams, foment revolutionary action in form and content and define the end of an epoch in destructive terms. By the brilliance of these artists and the creations they have wrought, Avant-Noir shoulders the proud traditions of a people and marches forward with them in new directions.

Greg de Cuir, Jr is the selector/curator for Alternative Film/Video Belgrade. Moving image programs he has curated include Academic Ciné-club Belgrade 1960-1980 for Los Angeles Filmforum (United States), How to Speak About Pre-/Pro-/Anti-/Post-Yugoslav Cinema for the Spencer Museum of Art (United States), and (Post)Socialism Revisited for goEast Wiesbaden (Germany). De Cuir received his DPhil from the Faculty of Dramatic Arts Belgrade in 2012. He is translating the award-winning book Kino Tom, by the filmmaker and visual artist Slobodan Sijan, on the life and work of the Yugoslav-Croatian multimedia artist Tomislav Gotovac.