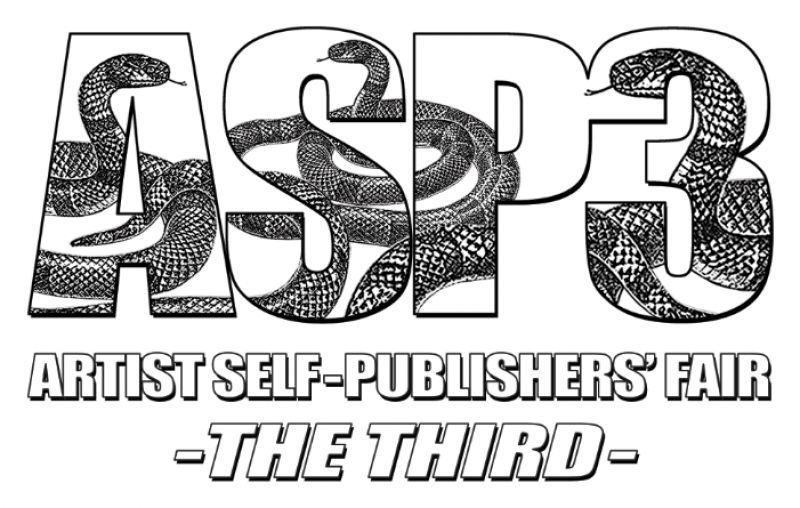 One long year after ASP2: The Sequel, ASP and the ICA are hosting ASP3: The Third.

ASP3 will, like its predecessors, feature over seventy British and international independent artist self-publishers for the one-day fair. As with the 2015 and 2016 editions, the fair will show artist self-publishers only and will continue to avoid the restrictions and market dominance that affects much of contemporary arts culture. The publications are still the art works: affordable and available, free from the fetters of the institution or gallery, the ideas, images and text are produced and published by artists who understand the restrictions and freedoms of the printed page.

In the ICA’s Lower Gallery, ASP3 presents a trio of projects that include live-publishing, improvised music, spoken word and an exhibition of printed matter and related ephemera:

ASP Assembling Project
A collaborative live-publishing project that will compile, produce, print and publish contributions from ASP3 participants for the duration of the event. The publications will be available to purchase on the day.

Music for Self-Publishing
A series of experimental music performances, recordings and audio interventions that will run for the duration of ASP3. Organised by Ruth Angel Edwards with Lord Tusk, it will result in a distinctive audio accompaniment to Nervemeter and the ASP Assembling Project to be 'published' on the ICA site as a downloadable audio file after the event. The day will include readings and performances by Emily Pope, Jasmine Nyende, Cole Denyer and Yorkson.

Nervemeter
Nervemeter Magazine presents a temporary exhibition, coinciding with ASP3 at the ICA, showcasing the work done by vendors of the magazine. There will be a series of drawings by Aidee, the first ever Nervemeter vendor, Minkie, now a celebrated artist who has recently completed a degree in fine art, and the painter Brandan Quick, a long-time friend of the publication. There will also be readings of written work by vendors periodically throughout the day, including Little Jay's Prison Diary, short fiction and poems by Michael Brady of Peckham, and Aslan's accounts of being a traveler. Nervemeter are also exhibiting a range of ephemera including posters and artwork, as well as notebooks used to gather text material that was later used in various issues of the magazine.