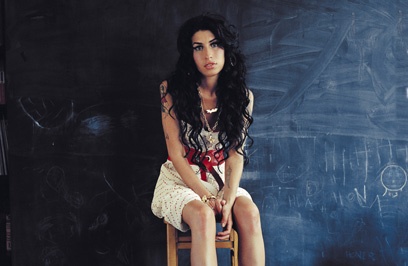 Amy Winehouse appeared on the music scene in 2003 and has since found her place alongside the stars she grew up listening to: 1960s girl groups, TLC and Lauren Hill, Donny Hathaway and Sammy Davis Jr. Her jazz-infused debut album, Frank, won her an Ivor Novello Award and a Mercury Music Prize nomination, but it was Rehab and the album it came from, Back to Black, that secured her identity as a genuine world star, the real deal. We are honoured to have her here to play at the iTunes Festival at the ICA - the chance to see her perform in such an intimate venue is getting rarer by the day.