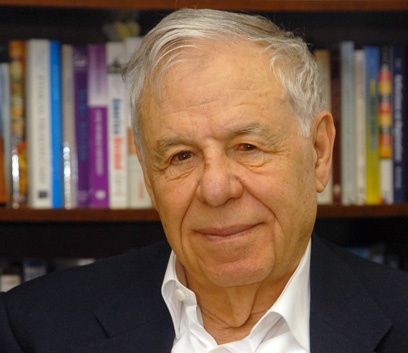 One of America's most influential political philosophers and a senior adviser to successive American Governments and the author of Security First, Amitai Etzioni comes to the ICA to argue that America needs to focus on security in its foreign policy rather than democracy, which might follow but cannot be the first priority. With this principle in place, he argues, radical changes in American policy towards Iran, Iraq, Afghanistan, and even Russia would follow. Following a short lecture, Etzioni will be in conversation with Julian Borger, diplomatic editor and former Middle East correspondent of The Guardian.