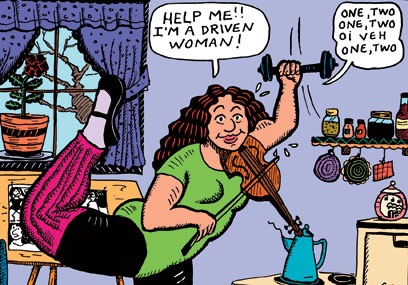 Unfortunately this event has now been cancelled. Please call the Box Office on 020 7930 3647 for refunds.

Aline Kominsky is the fantasy woman Robert Crumb married and also a wildly candid autobiographical cartoonist in her own right. From her Jewish upbringing and rebellion in California's counterculture to marriage, motherhood and more in the South of France, Aline shares secrets of her life and work as compiled in her new graphic memoir Need More Love, in conversation with Melinda Gebbie, Alan Moore's co-creator and artist on Lost Girls.

Followed by a screening of the 1987 BBC Arena documentary, The Confessions of Robert Crumb, written by Crumb and co-starring Aline, introduced by director Mary Dickinson.