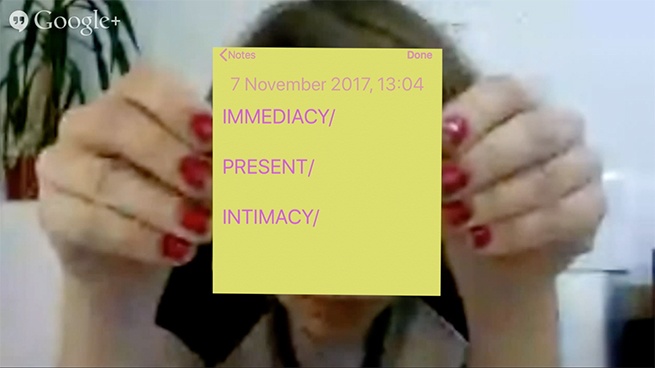 Arguing that the imperative 'be true to yourself', or more simply 'be true', makes our data valuable, Chun suggests that authenticity has become central because it's always been algorithmic: it's always been a set of rules or commands to be executed or followed.

Wendy Hui Kyong Chun is Professor of Modern Culture and Media at Brown University. She has studied both systems design engineering and English literature, which she combines and mutates in her current work on digital media. She is author of Control and Freedom: Power and Paranoia in the Age of Fiber Optics (MIT, 2006), Programmed Visions: Software and Memory (MIT 2011), and Updating to Remain the Same: Habitual New Media (MIT 2016).

Erica Scourti was born in Athens, Greece and is based in London and Athens. Her work has been shown internationally at spaces like the Wellcome Collection, Kunsthalle Wien, Microscope Gallery, New York, Hayward Gallery, Munich Kunstverein, EMST Athens and South London Gallery.