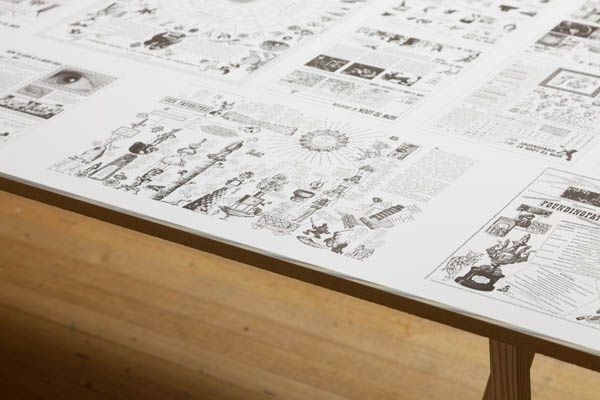 Ad Reinhardt: A Retrospective of Comics

In the 1940s Ad Reinhardt published a series of caustic comics commenting on the New York art world. His broadsides appeared in outlets such as PM, Art News, and Transformations. For this exhibition Robert Snowden and Scott Ponik bring together a selection of these comics in a single table size print. The retrospective was first shown at The Chrysler Series in New York, and will go from here to Kunstverein Amsterdam.

Robert Snowden is a writer and curator who lives in New York. Scott Ponik is a graphic designer in Portland, Oregon. They are currently working on the first issue of their newsletter, The Dumb Waiter.