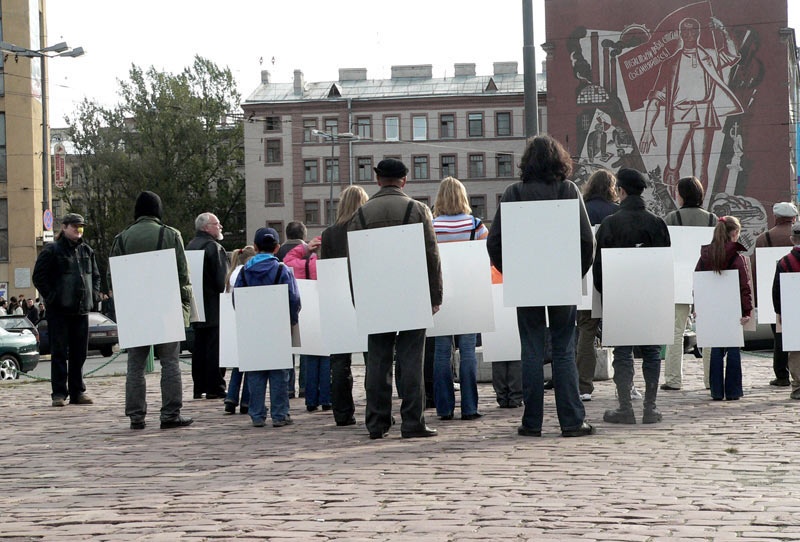 A 48 Hour Communal Life Seminar: What Struggles Do We Have In Common?

In 2009 Chto delat? and Russian Socialist group Vpered initiated a series of 48 hour communal living seminars aimed at rethinking the conventional approach to discussions and conferences. For two days the ICA will be the host for the most recent incarnation of this event, which aims to create an intensity of relations between its participants; through sleeping, eating, entertaining, performing and discussing together.

The event will bring together invited cultural workers who are part of collectives from around Europe. his 'commune' will use the question 'What struggles do we have in common?' as a starting point to focus on the problem of how to combine theory and art with the militant political life.

Using the model of Bertolt Brecht's 'learning plays', the participant's discussions over the course of the two-day seminar will lead to a public performance of a play on the evening of Friday 10 September. Led by artist group Tsaplya and Gluklya (Factory of Found Clothes) and choreographer Nina Gasteva, this play will fuse the issues tackled by the 'commune' with expressive theatrical presentation.