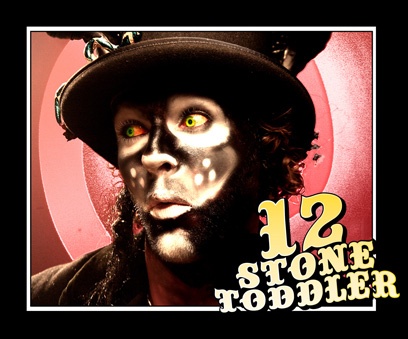 12 Stone Toddler make you dance and laugh and generally make you feel like the coolest cat on the strip.

If Robert Johnson sold his soul at the crossroads to play guitar the way he did, then these pranksters have surely juggled skulls in dingy Brighton basement voodoo rituals to write songs this damn catchy. With a golden-voiced singer who can swing from gravelyspook-shows to exhilaratingly colourful circus rallies and a magic musical box filled with kick ass guitars, action packed big band brass, listening to the gigantic 12 Stone Toddler WILL make you cooler.