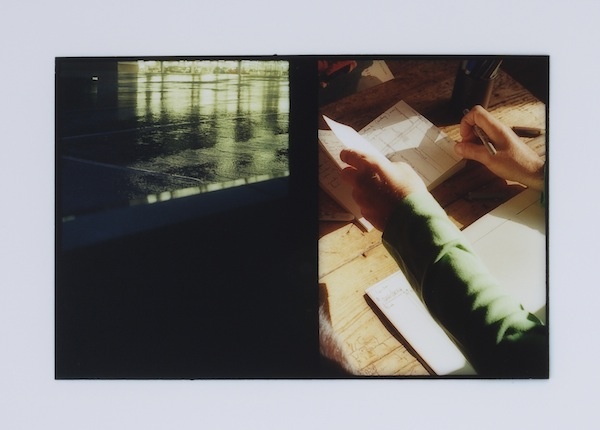 Glasgow-based artist Luke Fowler is Artist in Residence at the ICA.

As part of the residency he will be contributing to our online SOUNDWORKS project, taking inspiration from Bruce Nauman’s Days (19 Jun—23 Sep). Fowler will also be producing new work directly from the ICA’s rich and illustrious archive.

The ICA presented the London premier of Luke Fowler's All Divided Selves (2011) as part of Artists' Film Club, March 2012.

News and updates on the Residency are posted on our Blog.

Luke Fowler (b. 1978, Glasgow) studied printmaking at Dundee Art School. His films have been presented widely, with recent screenings including ICA London, Glasgow Film Festival and Berlin Film Festival (2012), and Anthology, New York (2011). Recent solo exhibitions include The Poor Stockinger, the Luddite Cropper and the deluded followers of Joanna Southcott, The Hepworth, Wakefield (made in association with Contemporary Art Society, Film and Video Umbrella and Wolverhampton Art Gallery) and Luke Fowler with Toshiya Tsunoda and John Haynes, Inverleith House, Edinburgh (2012) for which he has been nominated for the 2012 Turner Prize. In 2008 he received the inaugural Derek Jarman award.